CUZCO: You will love this charming, warm, welcoming delightful colonial city.  The city of Cuzco was laid out in the form of a Puma with Saqsaywaman as the head.   Our walking tour of Cuzco introduces us to the area; learn to navigate from our hotel to the square, shops, restaurants and other points of interest.

HATUN RUMIYOC STREET: Close to our hotel, we step onto the best known street in the city.  One of its cut-stone walls features the famous 12-cornered stone, which was once part of the ancient palace of Inca Roca, one of the rulers of Tahuantinsuyo or Incan Empire. This lively street is a gateway to the picturesque San Blas quarter at one end and the Main Square at the other.

QORICANCHA – TEMPLE OF THE SUN: Cuzco means “navel” or “left” and was considered by the Inca and their predecessors to be the center of the universe.  Qoricancha (“site of gold”) houses the Sun Temple, the most important temple dedicated to the worship of the Sun.

PLAZA DE ARMAS: Known in Inca times as Huacaypata, or “the warriors’ square”.  Events in Cusco’s history: it was here that the conquistador Francisco Pizarro declared Cusco under Spanish occupation; it was here that Túpac Amaru I, leader of the indigenous resistance movement, was killed. The spectacular Inti Raymi (Festival of the Sun) was hosted here.  Beneath the now existing churches and cathedrals are the temples of the Inca and those who came before them. The Cathedral: Large slabs of granite taken from the Inca fortress at Saqsaywaman were used to build the cathedral between 1560 and 1664.   One of the most imposing structures in Cuzco, Its façade, built in Renaissance style in contrast to the Baroque and silver of its lavish interior. The cathedral houses important collections of gold and silver work of the colonial period, elaborately engraved wooden altars and a beautiful collection of oil on canvas paintings from the Escuela Cuzqueña (Cuzco School). The Del Triunfo church, a small auxiliary chapel, was built in 1539 on top of the palace of Inca Wiracocha. These are a couple of our walking tour stops.  Cuzco has much to offer in its historic district – we will see what else the group might like to explore.mine. 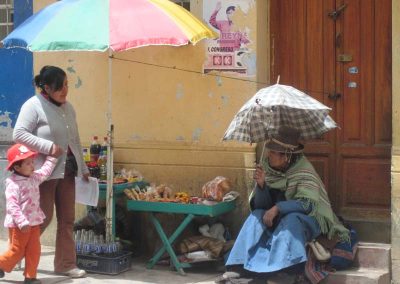 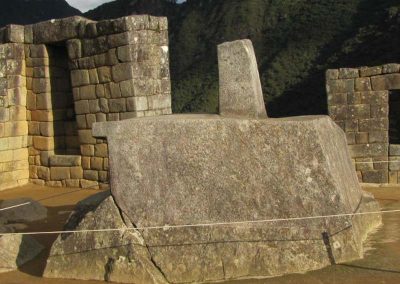 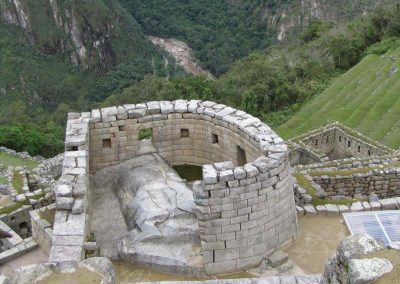 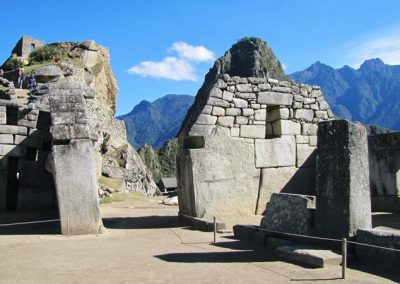